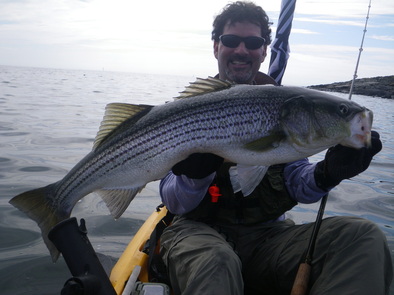 BACKGROUND: The use of NSAID medications is a well-established effective therapy for both acute and chronic nonspecific neck and back pain. Extreme complications, including gastric ulcers, bleeding, myocardial infarction, and even deaths, are associated with their use. An alternative treatment with fewer side effects that also reduces the inflammatory response and thereby reduces pain is believed to be omega-3 EFAs found in fish oil. We report our experience in a neurosurgical practice using fish oil supplements for pain relief.

METHODS: From March to June 2004, 250 patients who had been seen by a neurosurgeon and were found to have nonsurgical neck or back pain were asked to take a total of 1200 mg per day of omega-3 EFAs (eicosapentaenoic acid and decosahexaenoic acid) found in fish oil supplements. A questionnaire was sent approximately 1 month after starting the supplement.

RESULTS: Of the 250 patients, 125 returned the questionnaire at an average of 75 days on fish oil. Seventy-eight percent were taking 1200 mg and 22% were taking 2400 mg of EFAs. Fifty-nine percent discontinued to take their prescription NSAID medications for pain. Sixty percent stated that their overall pain was improved, and 60% stated that their joint pain had improved. Eighty percent stated they were satisfied with their improvement, and 88% stated they would continue to take the fish oil. There were no significant side effects reported.

CONCLUSIONS: Our results mirror other controlled studies that compared ibuprofen and omega-3 EFAs demonstrating equivalent effect in reducing arthritic pain. Omega-3 EFA fish oil supplements appear to be a safer alternative to NSAIDs for treatment of nonsurgical neck or back pain in this selective group.