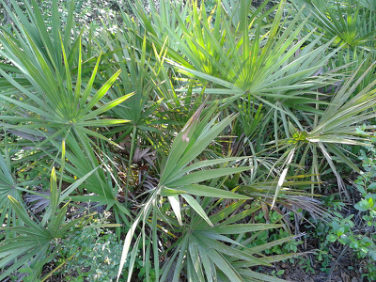 Although many claims about nutrition and prostate health have not been definitively established, there is a general consensus that exists. One viewpoint is that inflammation is the basis of many diseases, including cancer. Now I am not talking about a swollen, sprained ankle type of inflammation. The body has various levels of inflammation going on at any one time. Usually it is low grade and can be related to our body’s metabolism, illness, activity levels, injury, stress, and even diet. An anti-inflammation diet (www.deflame.com) will aid in controlling levels of inflammation in the body. An anti-inflammation diet is essentially a healthy diet that the human body is designed to exist on, and one that is loaded with anti-oxidants. The source of many of these anti-oxidants is vegetables and fruits. (Chan, Lok et al. 2009)

In addition, dietary supplements in the form of vitamins, minerals, and anti-oxidants can assist in anti-inflammation activity. (Harper, Cook et al. 2009) Increasing your intake of water is a simple way of helping the body dilute wastes and aid in the fight against inflammation.

In regards to anti-inflammation, omega-3 fatty acids levels should be optimized. This is accomplished through eating a variety of fruits and vegetables and especially by eating fish oils. Vitamin D levels are critical to maintain with appropriate natural sunlight exposure. Vitamin D has also been shown to fight prostate cancer and even halt tumor growth. Undoubtedly, diet can play a major role in allowing or fighting prostate cancer. Milk has been shown to increase Insulin-like Growth Factor (IGF) which is linked to prostate cancer. (Qin, He et al. 2009; Nimptsch, Platz et al. 2010) It would be best to cut down on milk consumption.

As far as the prostate is concerned, certain nutrients surface as consistent protectors of prostate health.(Kim, Park et al. 2008; Hsu, Bray et al. 2010) Chief among these are zinc, lycopene, and saw palmetto.  The prostate concentrates more zinc in the body than any other organ and is associated with prostate health.(Song, Elias et al. 2010) (Ho and Song 2009; Song, Elias et al. 2010) It is found naturally in oysters, sunflower and pumpkin seeds, lentils, molasses, and peas. In addition to zinc, other minerals such as selenium and magnesium are important.

Other compounds that are important for prostate health are phytochemicals called sulphoraphanes. (Liu, Volker et al. 2009) These are anti-oxidant nutrients containing sulphur and are found in cruciferous vegetables such as broccoli, brussel sprouts, cauliflower, cabbage, kale, and kohlrabi. Common anti-oxidants such as vitamins C and E and alpha-lipoic acid are also good additions to the diet.