How do we heal? 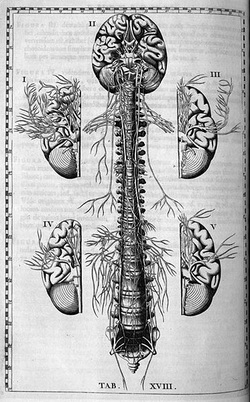 Recent studies have shown that when the spine is manipulated, the entire nervous system is stimulated. Even the brain, immune system, and autonomic nervous system are stimulated. Nervous system function is reintegrated after a spinal manipulation, as if it were being re-booted. It is no wonder why we in chiropractic have noticed that patients that have received regular chiropractic treatments seemed to have fewer colds and an increased sense of well-being. It is not unusual to see middle ear infections, asthma, ADHD, sleep disorders, digestive upsets, headaches and dizziness, and even the common cold respond to chiropractic spine treatments. Why?  It’s not the increased joint motion and release of muscle tension after a spinal treatment that is so important, it’s the activation and stimulation of the nervous system that is magic. By comparison, it is not the pressing down on the keys of a piano that is so important; it is the resonant music that comes out of the black box as a result of depressing the keys that is magical. It is the same with chiropractic treatment.

The real goal is to stimlulate the nervous system via spinal manipulation and trigger healing throughout the body. When the spine is manipulated, reflex changes occur as result of the neurologic input, and the body’s own recuperative powers are engaged. We doctors don’t heal anything. You do the healing via of the power of the nervous system, the immune system, and your own recuperative healing powers. The magic is within you.